What is a Codicil?

Making a Will is a responsible and reassuring thing to do, no matter how old you are. Particularly if you have children or other dependents, or indeed if you have large investments such as a house, having a Will can give you the peace of mind that the people you care about most will be properly taken care of in the event of your death. However, as time moves on, things change…

What is a Codicil?

New people enter our lives, and old ones leave. Children are born, people get married or divorced, and our feelings about what we want to happen at the end of our lives can start to change too. If you want to make changes to your Will without going to the hassle and expense of completely writing a new document, you might need to use a Codicil.

Here’s what you need to know:

Do you want to make changes to your Will?

Reviewing your Will now and then makes perfect sense. Life is not static, and as things change, it’s a good idea to make sure your end of life plans still fit with the lifestyle you are leading. Some well organised individuals swear by an annual review, often as part of a wider review of this financial situation as a whole, so if you’re one of them, good for you and keep it up.

However, if you’re like so many of us, snowed under with work, family and personal commitments, chances are years could pass and our Wills would never be reviewed. If this sounds like you, it’s a good idea to look for ‘life triggers’ to see if it’s time to make some changes. For example:

Because your Will is an official legal document, you should never make changes to it directly. If you want to make small changes as time goes on, the easiest way to do this is by using a special document called a Codicil.

What is a codicil and how should you use it?

A Codicil is an official document which can be used to make changes to a Will. This may be the deletion of something, the addition of something or even just an explanation about part of your Will. The main benefit of using a Codicil is that they avoid the need to scrap your Will and start all over again, which can be both time consuming and costly.

However, they are only designed for small changes to your Will, not major overhauls. The more complicated the Codicil, the more chance there is of disputes arising later on. A Codicil is only valid when it is used in reference to your original Will, so if the changes you are planning are numerous, you may want to consider writing a new Will instead.

There are two main types of Codicil you can use. The first is one which adds a clause to the original Will, for example if you have a new asset to bequeath or forgot one the first time round. The second type is used to revoke a clause and insert a new one, for example to revoke a gift because someone has died, and to leave that gift to a new beneficiary. Whichever type of Codicil you will be using, it needs to comply with a few basic rules:

Once you have written your Codicil, it should be kept alongside your Will in a safe place. Never attempt to attach the Codicil to the Will, as any paperclips, pins, staples or other damage to the Will could invalidate it. Your best option is to use our Online Wills feature and manage everything through Lexikin.

What can a Codicil change?

You can change pretty much anything using a Codicil, although, as mentioned before, you should not use these documents for making more than one or two changes. Some of the common reasons for using a Codicil include:

All these minor changes are effectively dealt with using a Codicil, and if you’re working through a solicitor or Will writing service, this could save you a great deal of money, effort and time. However, there are some things you should not try to use a Codicil for, because they are too involved and really require a rewriting of the Will.

Understanding what is a Codicil and making use of this simple method of altering your Will can make it easy to keep your wishes flexible. Life changes, and so can your Will, without going back to the drawing board and starting all over again. 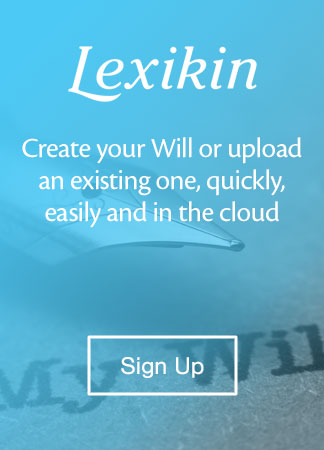 How to gift your assets in a WillWills